You are here: Home / Extra Biblical Books – 5 In The Set – HalleluYah!

If you want one of the books, the cost is $15.00 each including shipping within the USA. Outside USA plus international shipping.

Costs of the Extra Biblical Books “All in One” in PU Leather – USD $55.00 each including shipping within USA.

These are the most talked about books. Everyone that orders them says for the first time ever they can understand these books and they are easy to read. The 5 new book set is very special – we are so excited to see that they are better quality than what we anticipated when we did the first print run – we have now print tens of thousands of these as they are popular and been able to send them worldwide. These are offered on a donation basis and we need to cover costs and help the project. We cannot use HalleluYah Scriptures donations for these books. 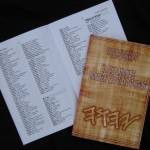 This is a unique book that is not available anywhere else nor do we know anything like it. When the Father gives a name to people it has significance and there is a reason behind it. 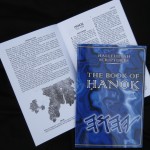 Most of these books online are being sold by Messianic’s for relatively high prices for around 3 times the price, with shipping costs 2 to 3 times the price of what the post office charges. 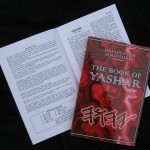 They also are written in the Old English style language, filled with pagan words like glory, holy, god, etc. and worst of all have substituted the Name of the Father with Lord! HalleluYah Scriptures books have been formatted to the style of HalleluYah Scriptures having removed all paganism pertaining directing to the Father, Savior, Ruach and His people, has transliterated the names of people and places and modernized the English and of course restored the Name of the Almighty Creator in Paleo Hebrew.

HalleluYah Scriptures is offering these at cost for printing and shipping according to Torah/Laws to not charge profit. If you feel you want to donate more so they very poor in 3rd world countries can have a set like elders and those sharing with others in groups, then this will help the project.

The Book of Jubilees 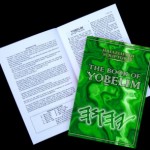 The Book of Jubilees (Hebrew: ספר היובלים Sepher ha’Yobelim), However, Jubilees is considered canonical by the Ethiopian Orthodox Church as well as Jews in Ethiopia, where it is known as the Book of Division.

It was well known to early believers, however, it was so thoroughly suppressed in the 4th century that no complete Hebrew, Greek or Latin version has survived.

Between 1947 and 1956, approximately 15 Jubilees scrolls were found in five caves at Qumran, all written in Hebrew. The large quantity of manuscripts (more than for any biblical books except for Psalms, Deuteronomy, Isaiah, Exodus, and Genesis, in descending order) indicates that Jubilees was widely used at Qumran. A comparison of the Qumran texts with the Ethiopic version, performed by James VanderKam, found that the Ethiopic was in most respects an accurate and literalistic translation.

Jubilees covers much of the same ground as Genesis, but often with additional detail, including the entire history of creation, and of Israel up to that point, is recounted in divisions of 49 years each, or “Jubilees” – the elapsed time from the creation, up to Moses receiving the scriptures upon Sinai.  Completed In Stock 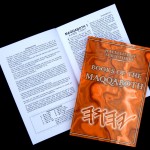 Maccabee is derived from the Hebrew word Maqqebah, meaning ‘hammer’, the title given to one Yahudah son of Mattithyahu presumably for his role in the Jewish wars of independence, 168-164 B.C.E.

Written during the latter part of the 2nd centruy B.C.E. it is perhaps the best historical source on the period from 175 to 135 B.C.E. It reveals deep insight into the root causes of the Maccabean rebellion and details the rebellion itself down to the death of Yahudah Maqqebah’s brother, Shim’on in 135 B.C.E. and gives detailed information relative to Antiochus Epiphanes and his desecration of the Heykal in Yerushalayim, an action which Yahushua Ha’Mashiach said would be repeated in the last days…  Completed In Stock

The Matmonim (Books of the Apocrypha) 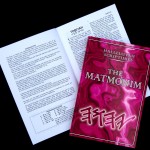 Catholic scholars coined the phrase Apocrypha meaning ‘hidden’ to describe these books, thus we have chosen to call them ‘matmonim’ a Hebrew word meaning ‘hidden treasures’.

This book will contain the remaining Books excluding the Maccabees (published separately) consisting of:

Right up till the 16th century, The Apocrypha was generally considered part of Scripture by the ‘Christian church’ being canonized along with all other Books. During the Reformation there was dispute over these Books and were segregated between the First and Second Covenants although they were even included in the earliest printings of the KJV. It wasn’t till 1647 that the Westminster Confession of the Presbyterians decreed them to be no part of the canon, although the Catholic church maintains their canonical position.

The Books were originally disputed due to their supposed Greek origin, yet many reflect a Hebrew style and a number have been found among the Dead Sea Scrolls including: Tobit, Judith, Wisdom, Baruch and 1 & 2 Maccabees.

When we think about these Books in terms of prophecy, many of them remain very valuable. Among them are serious works written by Hebrew scholars and prophets and their inspiration is obvious. Stemming as most of them do from a century or more before the birth of Ha’Mashiach, they offer invaluable insight into the Jewish historical process. For those who continue to use them as scripture they offer far more…

The Torah of YHWH 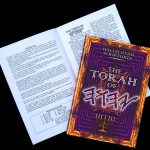 This new Book the Torah of YHWH is designed for believers who have come to the understanding of why YHWH gave us His Torah and how we ought to live it out in our daily lives with respect and obedience in that this is how we show our love for Him. Apart from this short introduction following, this Book is entirely taken from His Word – the HalleluYah Scriptures and is arranged in an easy to follow format with all the Commands given for Yisra’ĕl in specific categories. Many of the Commands are repeated throughout the first five “Books of Mosheh” so each is listed along with cross-references to each time it appears with similar Laws. We feel that this Book will be a useful Handbook providing a concise reference to the Commands of YHWH for both new believers and those who have been walking the Walk for many years.

INTRODUCTION Somehow a Jewish tradition has been passed down leading many to believe that there are 613 Mitzvot or Laws in the Torah that are written and need to be kept. This number is used by some to attempt to prove that we cannot keep all the Laws and thus highlight the need for the forgiveness of Ha’Mashiaḥ. The actual truth is that even יהושע did not keep all these so-called 613 Laws. Why? Because the Laws given in the Torah are specified to whom they pertain.

A large portion of the Laws are for the kohenim, some just for men, some for women, some for animals or the owner of animals etc. To give a visual perspective of the Laws, here is a pie-graph illustrating the application of the Commands and to whom they pertain: 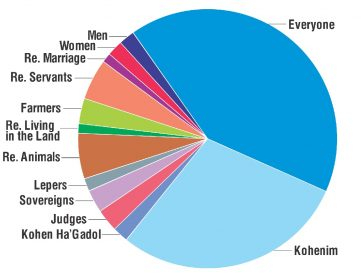 As you can see, approximately 29% if the Laws are specifically for the kohenim, with about 30% divided into percentages for the kohen ha’gadol, judges, sovereigns, servants, etc. and the remaining 41% actually apply to everyone who considers themselves part of v regardless of position or condition.

The supposed 613 total is a number the Jewish scribes arrived at and when examining the list of Laws and how they defined them may be one of the reasons יהושע was so scathing toward their view of the Torah, for example number 67 reads: recite the Shema twice daily. However the Scriptures say no such thing even with the supporting quote provided: Devarim 6:7 – ”…you shall impress them upon your children, and shall speak of them when you sit in your house, and when you walk by the way, and when you lie down, and when you rise up…”

There are many such examples that could be given, but the focus of this book is to clarify which Laws יהוה intended for all mankind for His beraḵah while bearing in mind that יהושע said, ”Do not think that I came to destroy the Torah or the Neḇi’im. I did not come to destroy but to complete. For truly, I say to you, till the shamayim and the earth pass away, one yod or one tittle shall by no means pass from the Torah till all be done.” (Matt 5:17-18) As you come to the realization that the Torah and Commands were never done away with, consider how the early believers dealt with the new Greek converts (Acts 15) and start with the Laws that would be most important in our times today such as restoring the Sabbaths and Festivals and working toward a Biblically clean diet, then progressing through the Laws that pertain to you personally.

Notice in Acts 15 that the council addressed the four most prevalent Laws that existed in the Greek culture at the time and directed believers to then heed the Laws of Mosheh: “For from ancient generations Mosheh has, in every city, those proclaiming him – being read in the congregations every Sabbath.” (Act 15:21) The Torah was given to Yisra’ĕl for the society in the Land YHWH had promised to Aḇraham, Yitsḥaq and Ya’aqoḇ and although many Laws are prefaced by the words, “when you come into the land…” they are no less important to us in our society in the lands we dwell in today although a small handful clearly pertain to the actual land of Israel. Remember that the Commands are given to be a beraḵah (Deu 28:1-2) and definitely not a burden and Yoḥanan writes, ”By this we know that we love the children of Elohim, when we love יהוה and guard His Commands. For this is the love for יהוה, that we guard His Commands, and His Commands are not heavy.” (1Jn 5:2-3)
This book will be include with the extra biblical set when you donate $75.00 or more.

To our knowledge there has never been to date any of these books restored to their rightful place until now in line with the HalleluYah Scriptures translation. They are history in the making with restoring His Name and truths. It is the HalleluYah Scriptures translation team aim to restore His Word to its rightful place and work on this near daily as it is important to YHWH and important for His children.

Disclaimer: The Apocryphal books are not canonized yet many were found among the dead sea scrolls and are an important part of historical research. Some believers do not consider them part of Scripture and therefore we offer them separately.

These books are the first of their kind being translated so that the common man can read and understand them. These are many years of research to bring you the most pure version of the Father’s Word.

Click the “Submit” button once and please wait for the order form to proceed.

Posted in Archived Posts, Book Prints Runs
← Previous Next →
Donate to help us. Click the button below 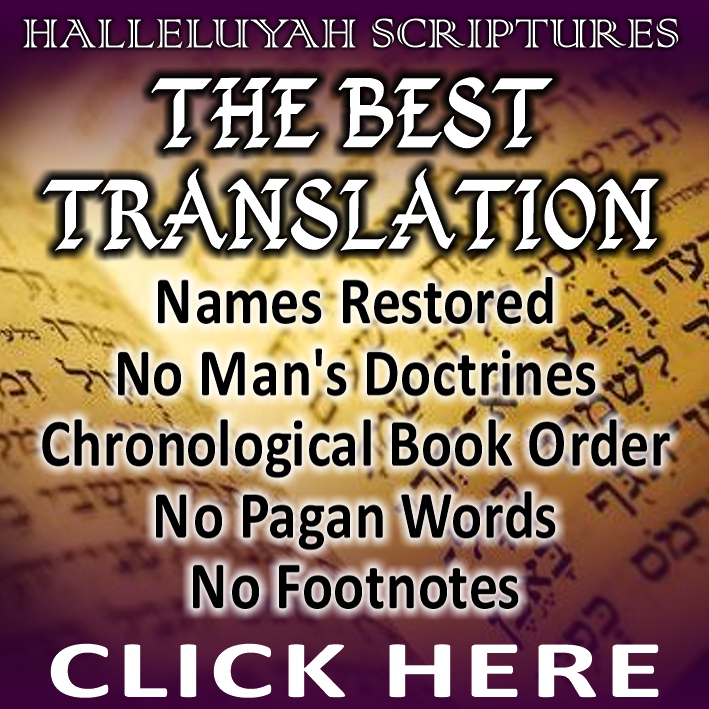 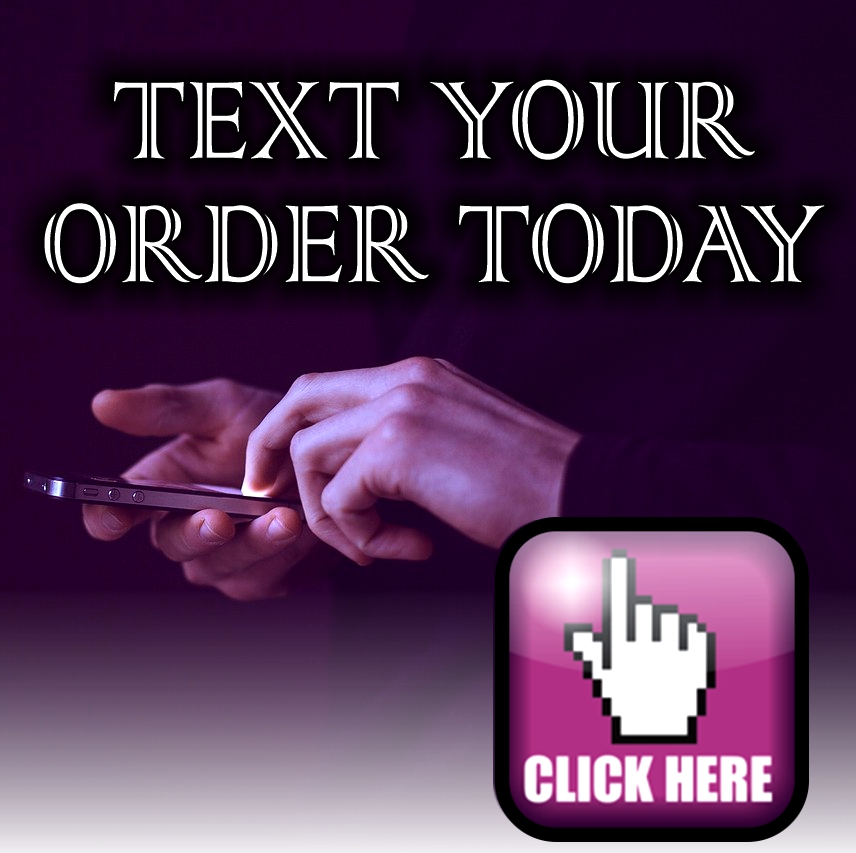 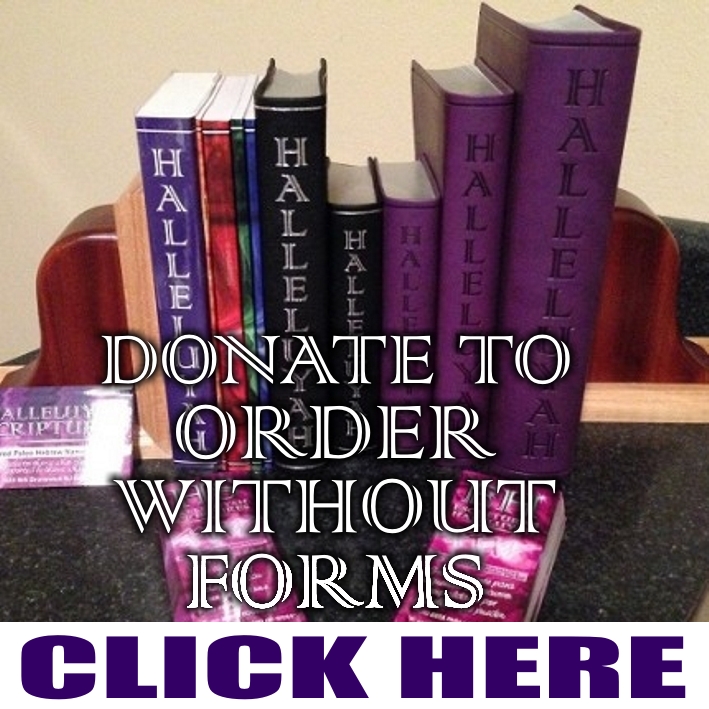 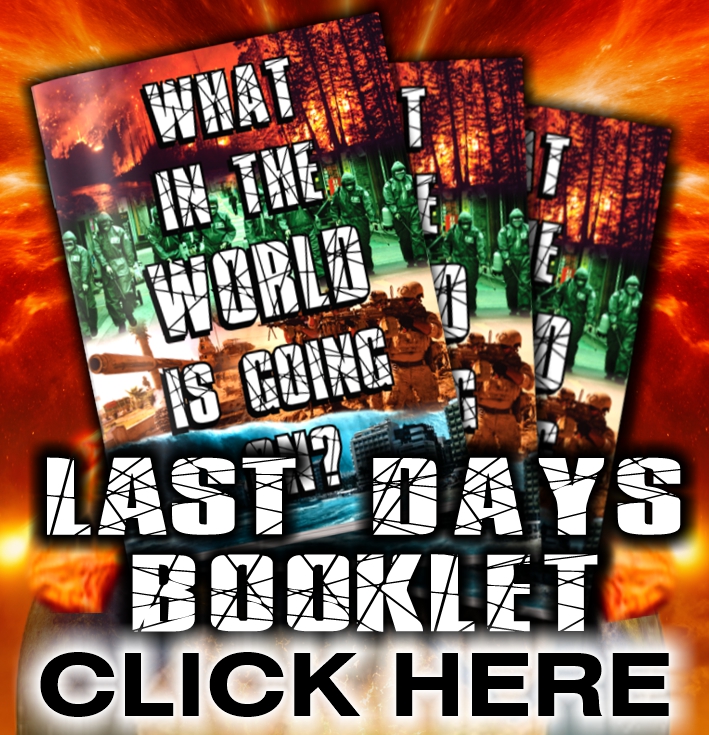 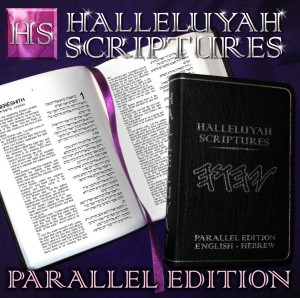 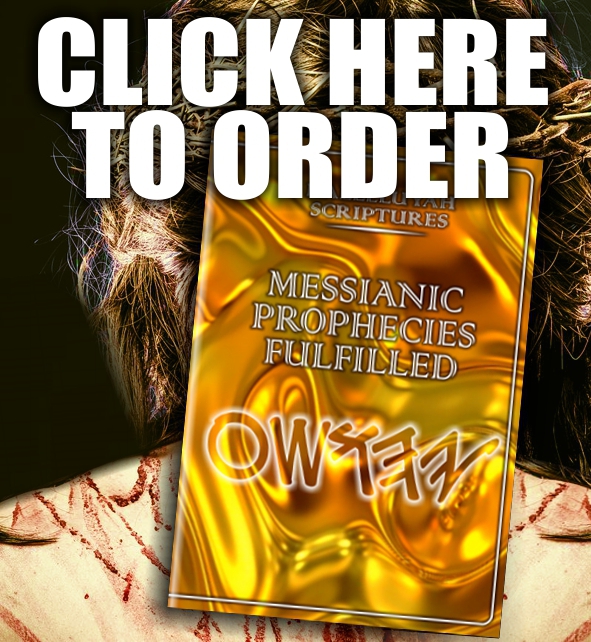 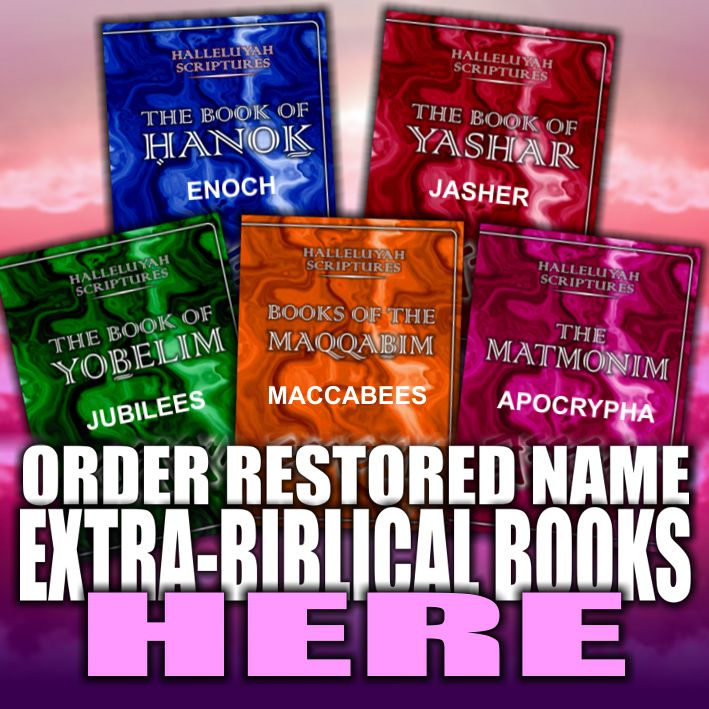 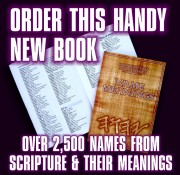 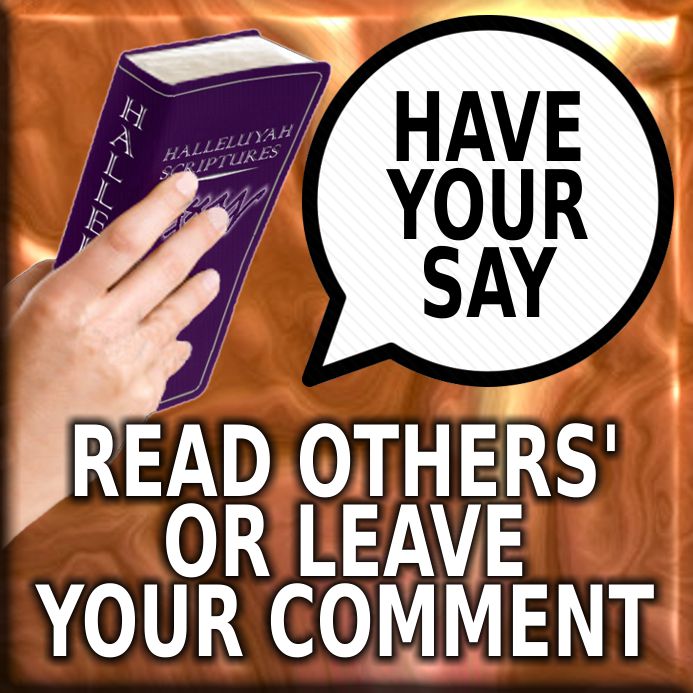 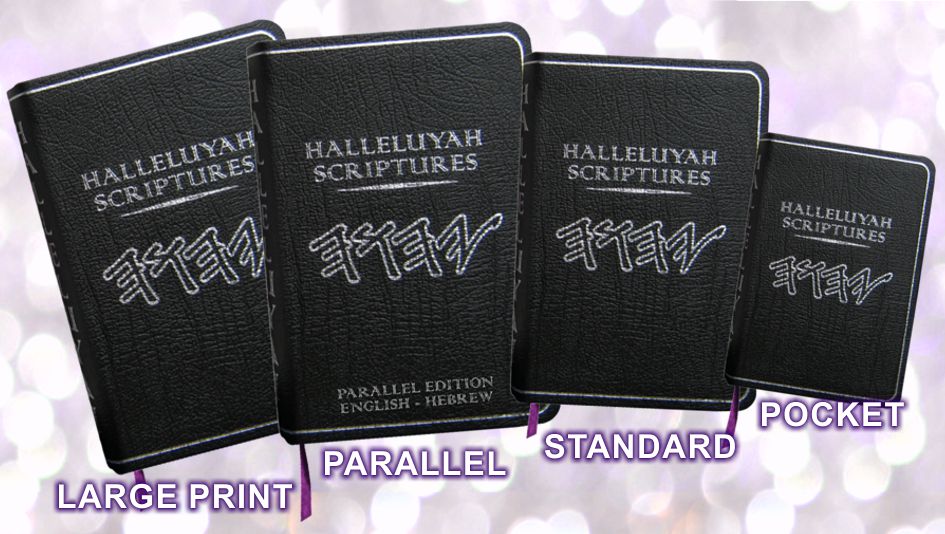 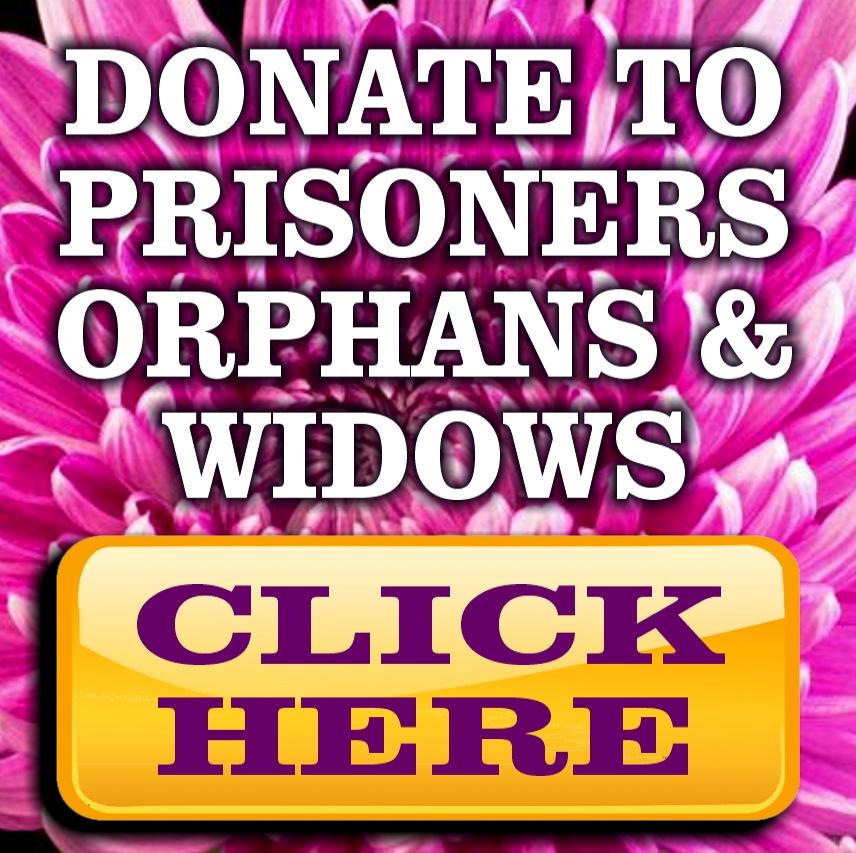 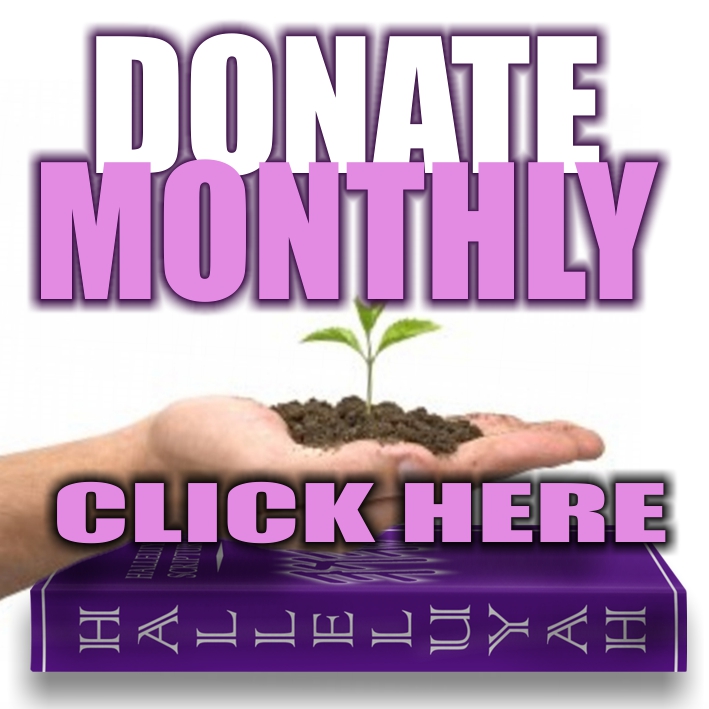 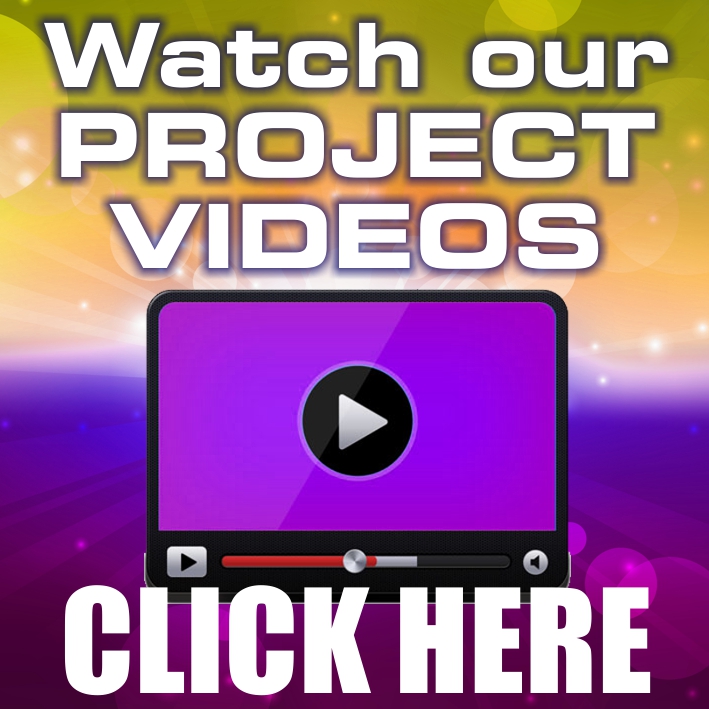 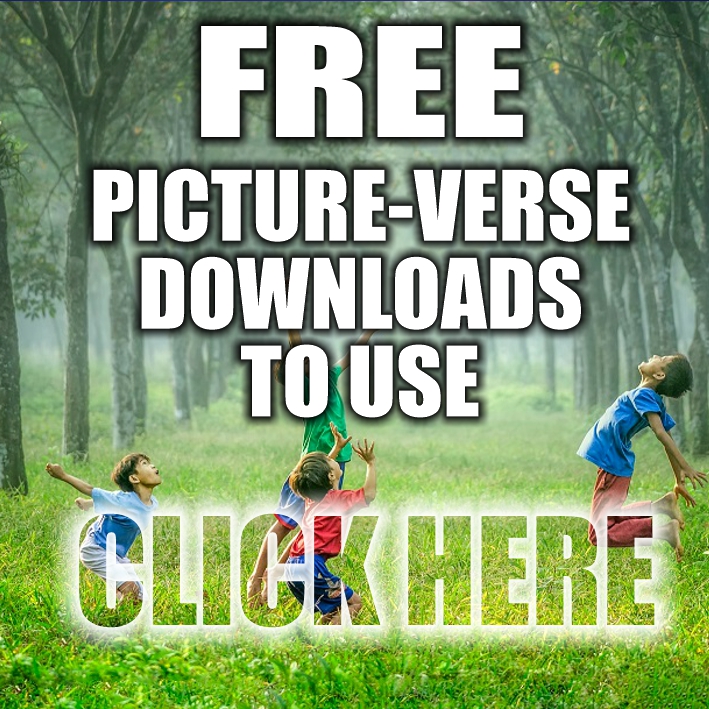 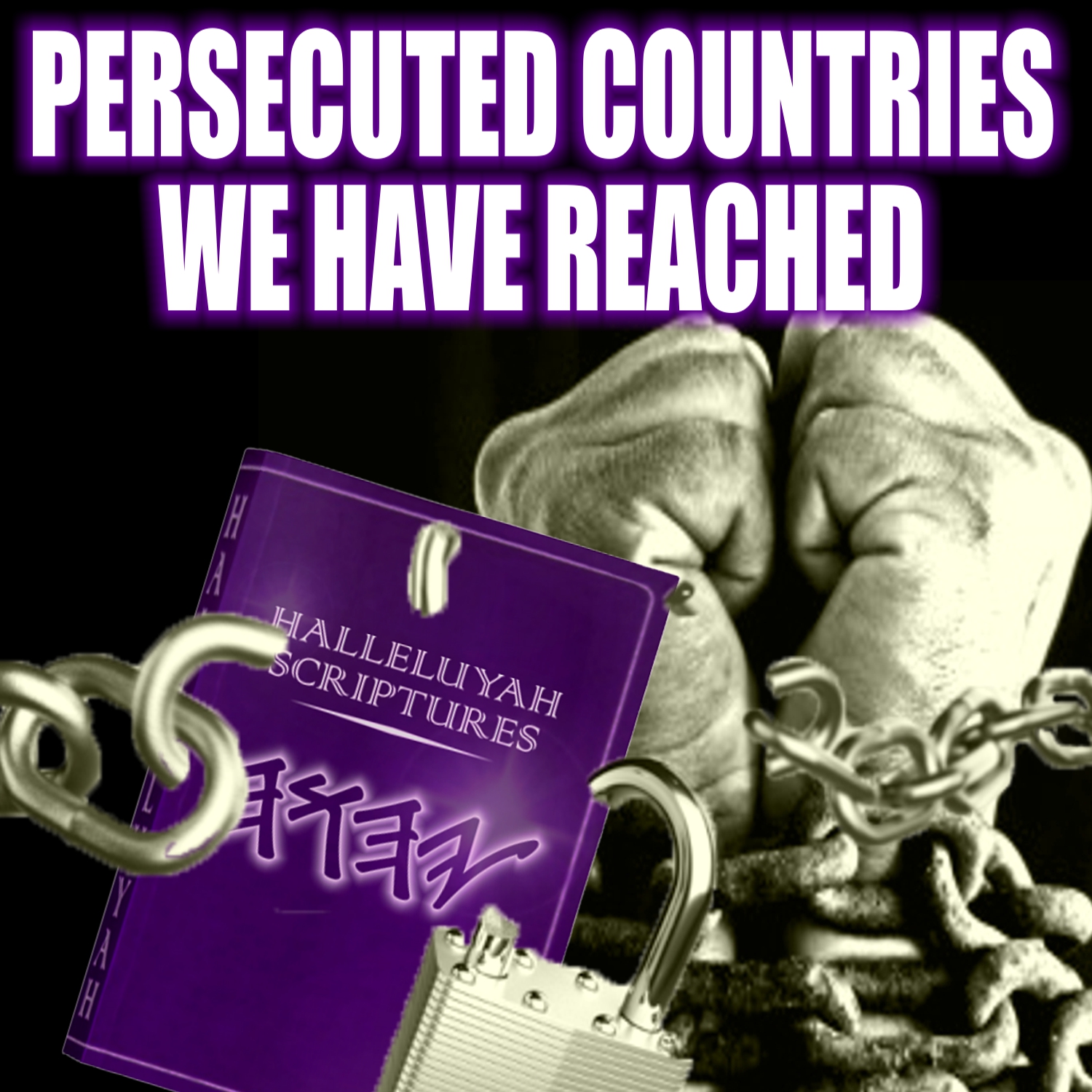 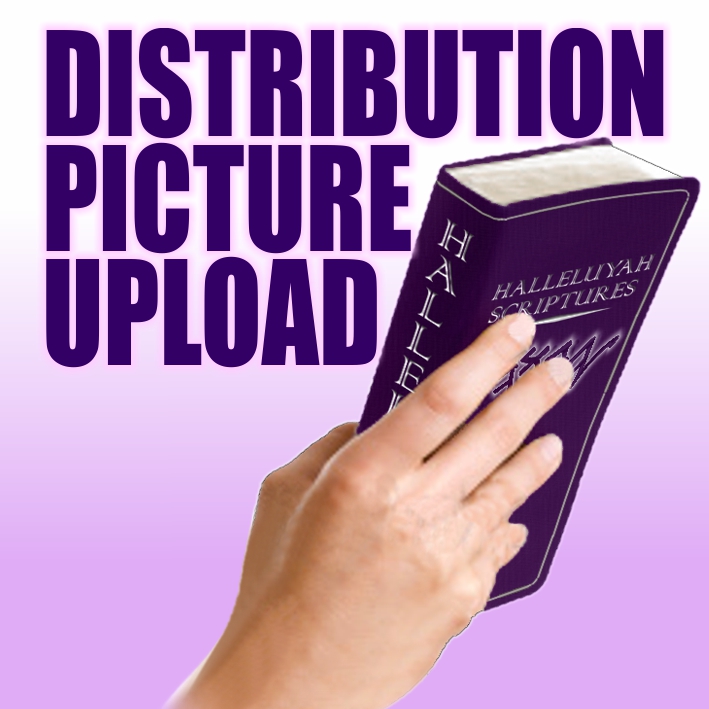